Barcelona vs Granada predictions, H2H and match preview for this Sunday’s game in La Liga. Read on for analysis and predicted line-ups as Quique Setien starts life in charge of the Catalans. 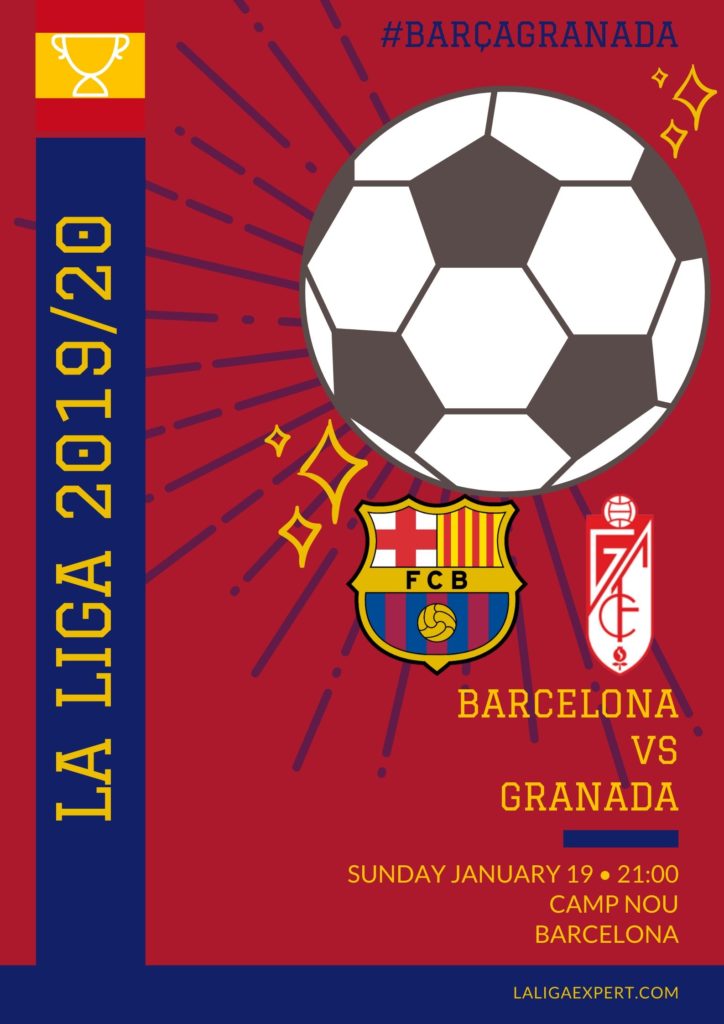 All eyes will be on Camp Nou this Sunday evening as Barcelona play their first home game since sacking Ernesto Valverde and replacing him with Quique Setien. It’s a move that should generate a significant stylistic shift if Setien’s coaching career to date is anything to go by and it’ll be fascinating to see how his Barça side develops. This in theory should be a comfortable first home game for the new man against a Granada side which has faded a bit since a stunning start to the campaign.

It has been a dramatic week at Camp Nou with this current Barcelona board again making a spectacularly bad job of taking care of business off the pitch. Ernesto Valverde was dismissed in a fashion that was anything but classy and Setien’s status in the Barça dressing room is hardly boosted by the club’s open attempts to get Xavi and then reportedly Mauricio Pochettino to take over with the former Betis boss clearly well down their list of targets.

For all Valverde’s perceived failings, he does at least leave Setien in a position few incoming coaches can dream of being in. Barcelona are top of La Liga and could still in theory win the treble this season having topped their Champions League group in the autumn. However they have dropped points in 3 of their last 4 league games and look set for a real battle with Real Madrid for the title in the second half of the campaign.

Granada meanwhile head into this game with nothing to lose really and that’s largely the attitude they’ve taken into this season. So far, it’s an approach that has really paid off with the Andalusian outfit having chalked up 27 points over the first half of the campaign with a 1-0 win over Mallorca last time out ensuring they reached the midway point in the top half. It would take a pretty spectacular collapse from here were Granada to be playing anywhere but the top flight next term.

Diego Martinez could opt to switch to a back five here for this game with some significant selection issues including the suspension of Angel Montoro while key midfielder Yangel Herrera is also a minor doubt. Barcelona meanwhile will be without Frenkie de Jong which could see Sergi Roberto start in midfield given Arthur is also a doubt. If Setien really wants to make a statement, he may even throw youngster Riqui Puig in from the start with the 20 year old having struggled for any kind of game-time under Ernesto Valverde.

Barcelona’s problems under Valverde were not at Camp Nou where they have won 8 of their 9 matches in La Liga this term, averaging 3.78 goals per game. Granada meanwhile have lost 5 straight away games in La Liga, all by 2 goals or more which makes it very hard to see any other outcome than a convincing Barcelona win to kick off the Setien era.

You can view our Barcelona-Granada tips plus those for all the other matches over the weekend in La Liga by signing up to follow LaLigaExpert for free on Tipstrr. You will also be able to see a full history of our profit/loss figures there.